Wheel barometers (sometimes called banjo barometers) were used throughout the 18th century but they did not become popular until C.1780. They were then made mostly in London by Italian Craftsmen. The wheel barometers at this period featured crossbanded sides, high quality veneers and engraving and very finely made cast brass bezels.

As the 19th century approached the volume of wheel barometers increased and an almost standard form was being produced which is sometimes called a Shell Barometer. This was made until C.1830 when other features such as Mirrors and Hygrometers became more popular and the 5 Dial Barometer was introduced. Towards the end of the 19th century when the Aneroid Barometer was found to be easier to transport and cheaper to make, the Mercurial Wheel barometers eventually came to an end.

All of our Mercurial barometers are presented in a fully restored condition and are in full working order. They can be delivered in the UK Free of Charge either by ourselves or carrier but please contact us if you are overseas as due to new rules and regulations regarding the shipment of mercury there are now some restrictions.

Sort by:
Best sellers Relevance Name, A to Z Name, Z to A Price, low to high Price, high to low
Showing 1-7 of 7 item(s) 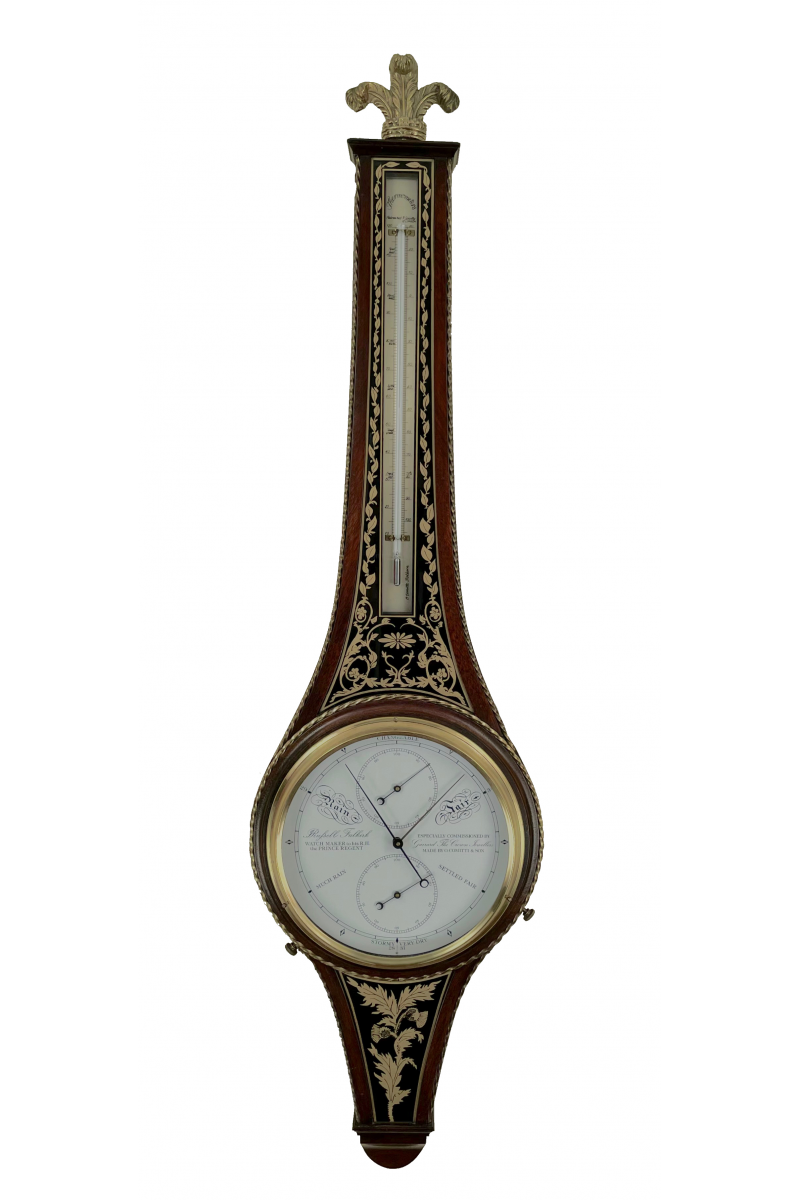 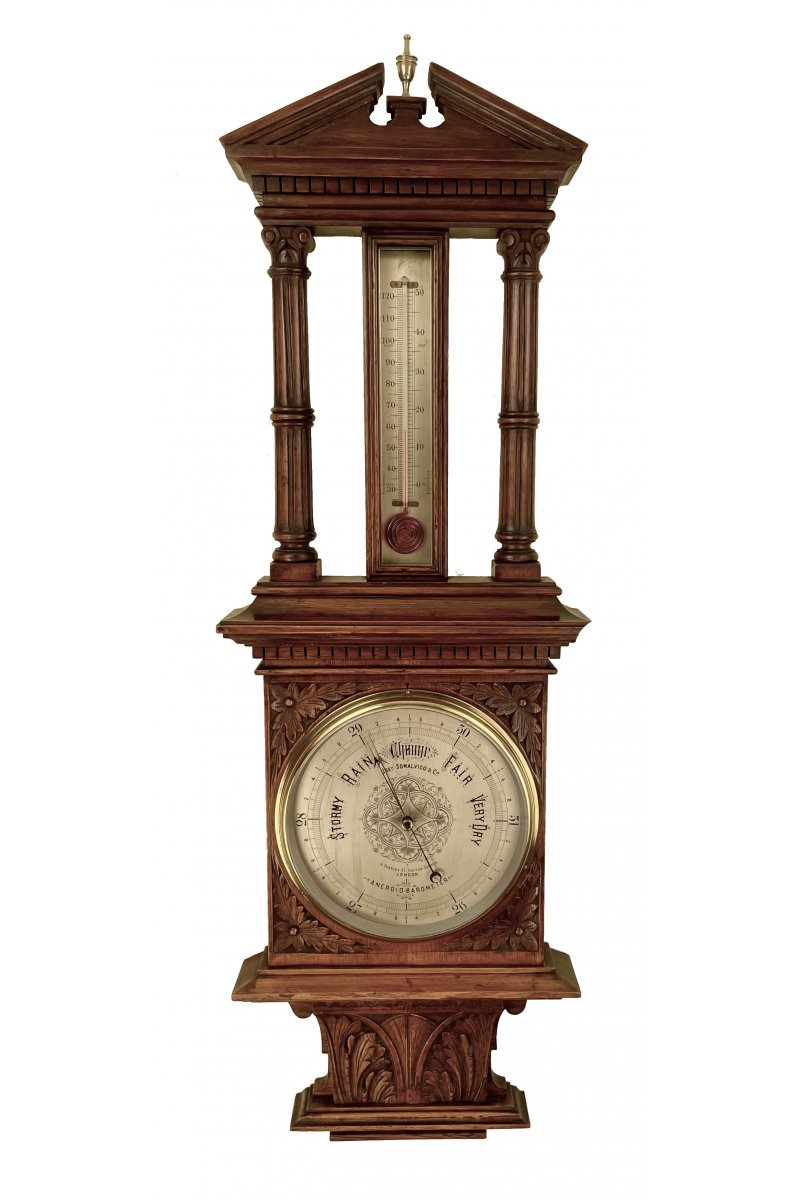 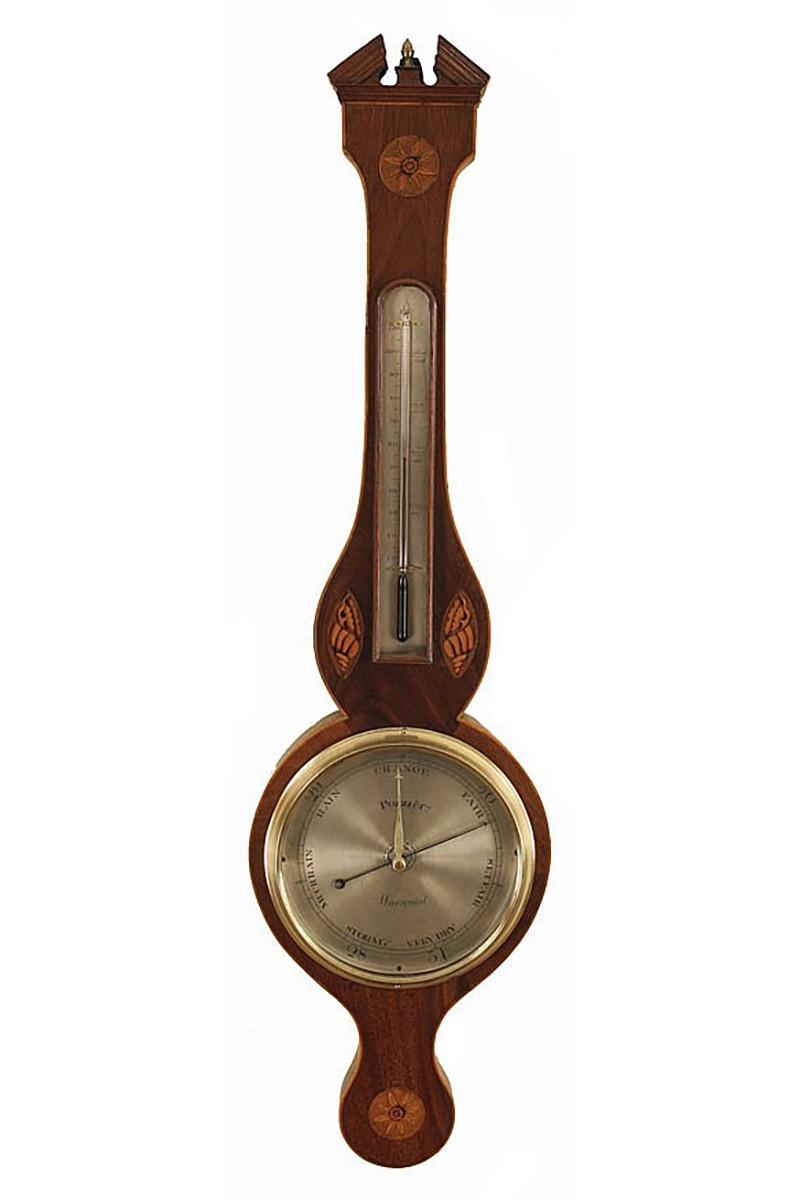 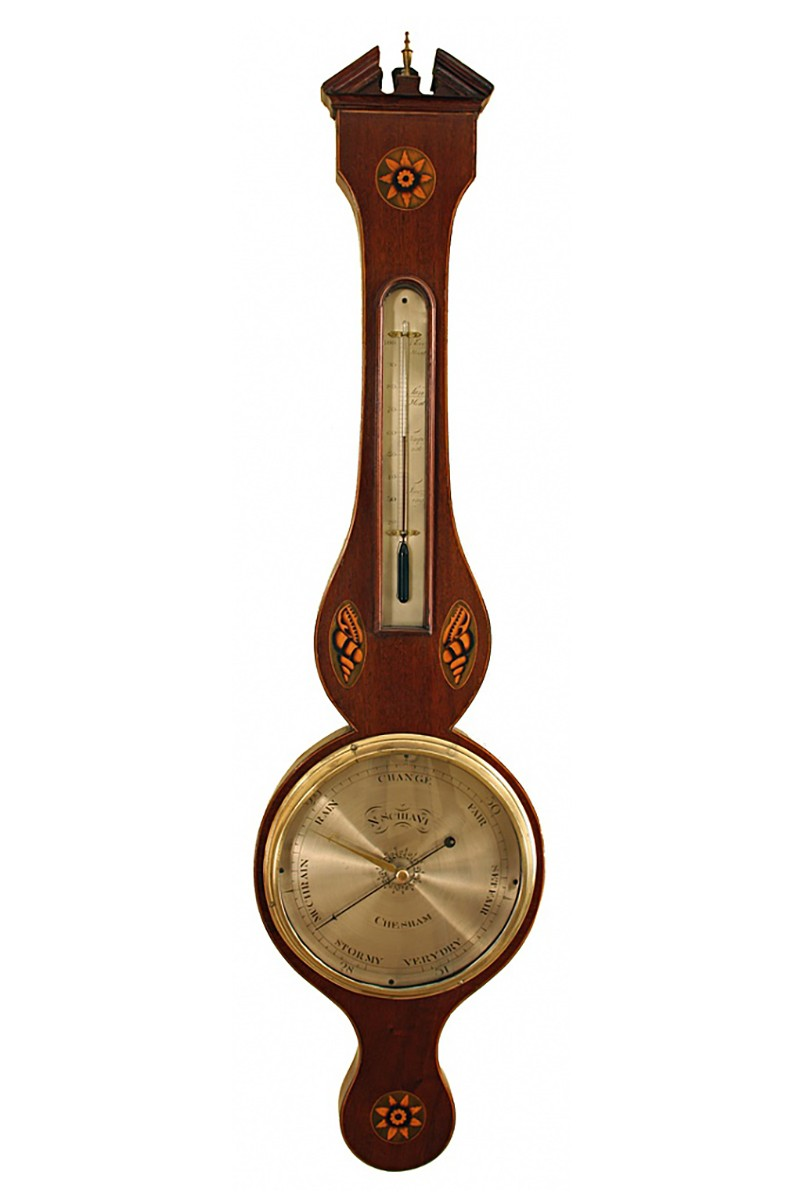 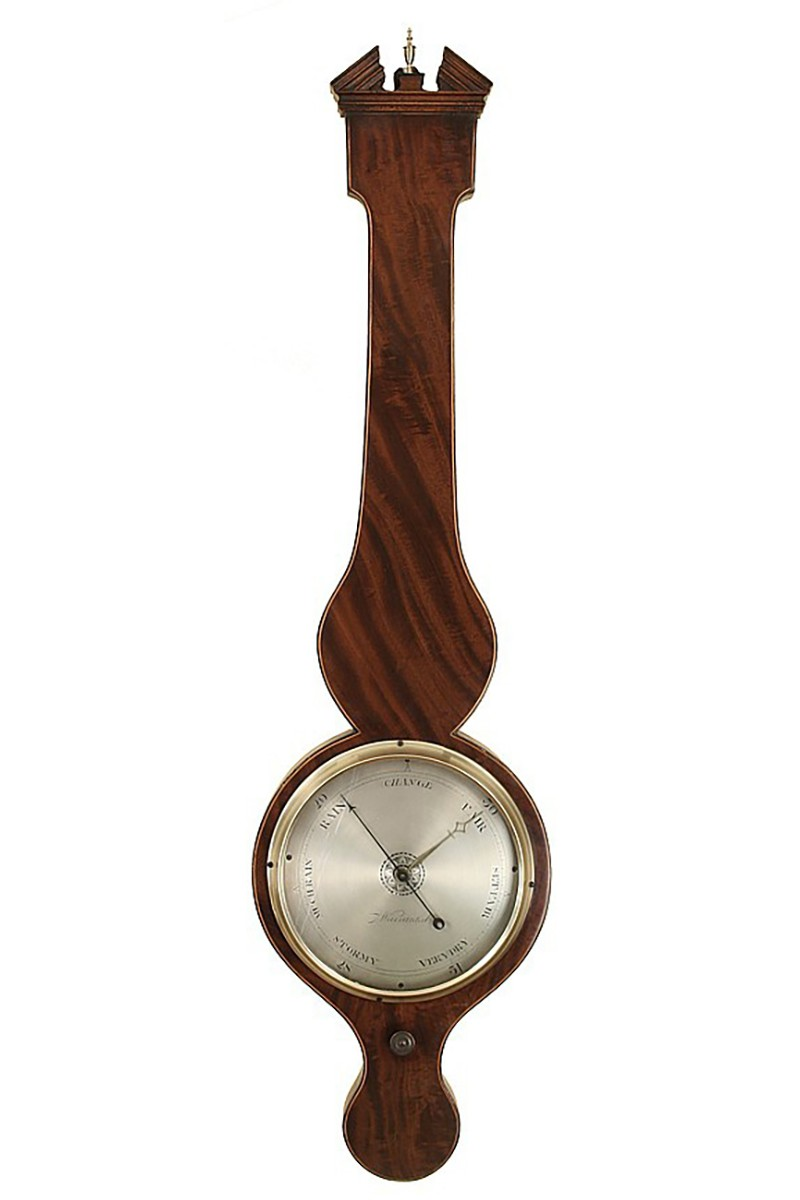 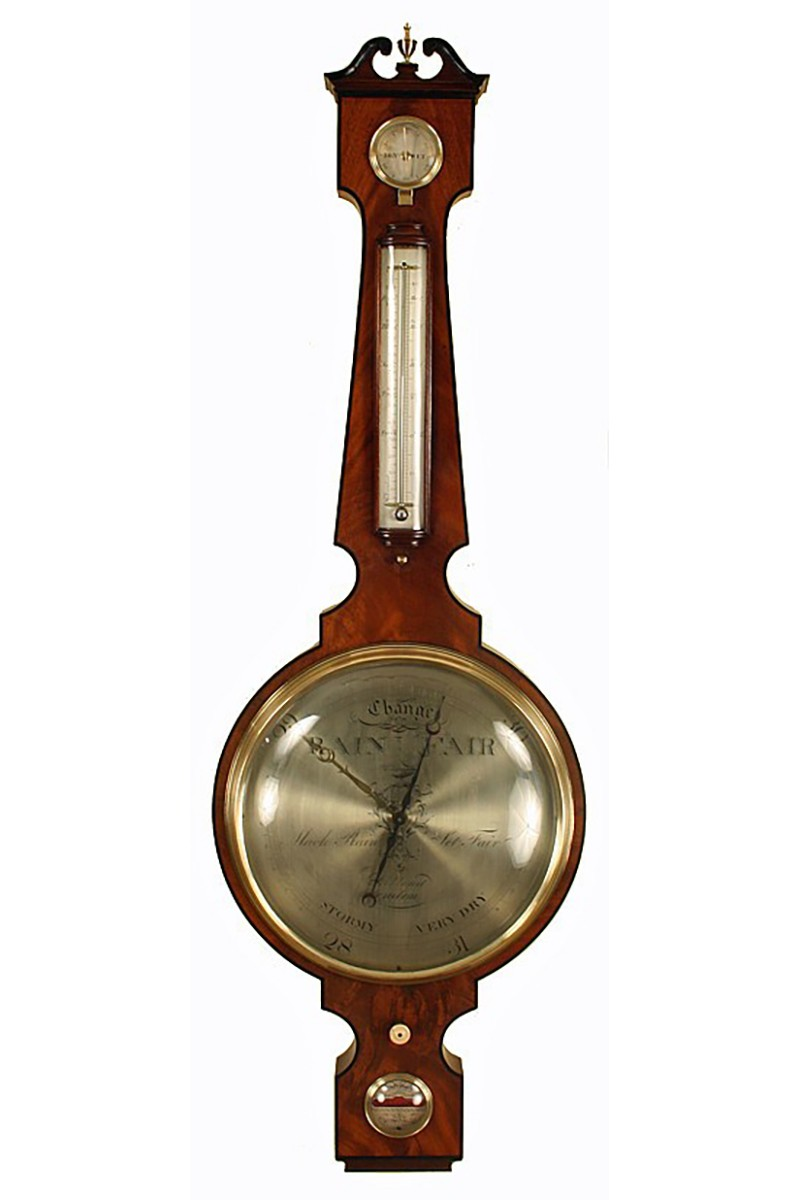 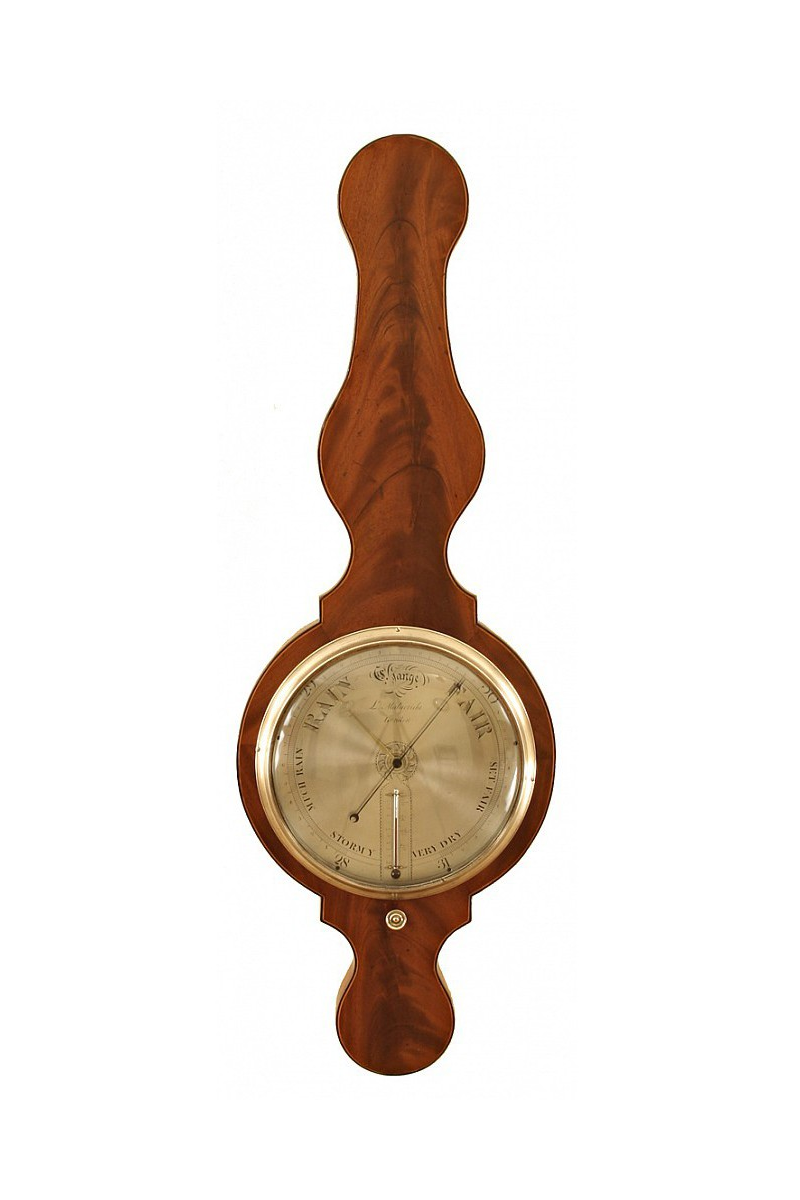