Walnut longcase/grandfather clocks were first used in C.1670. They were produced by the famous makers of the time such as Tompion, Knibb and Quare. They were made until C.1760 when mahogany became more readily available and more popular.

The first examples were very small and had 10" dials. These in particular are now very sought after and extremely rare. The pediment was finished with an ornate carved pediment and then later small caddies were used with ball or spire finials.

As the movements become more complicated with extra features the cabinet work also became more elaborate with larger dial apertures, fine fretwork to the hood, brass mouldings in very rare cases and even Mirrored doors. The finest burr walnut veneers were used and very often bookmatched designs can be seen on the both the bases and trunk doors.

Towards the end of the 19th century when walnut once again became popular a small number of longcase/grandfather clocks were made. These were usually of a large size and very substantial in their design.

Sort by:
Best sellers Relevance Name, A to Z Name, Z to A Price, low to high Price, high to low
Showing 1-1 of 1 item(s) 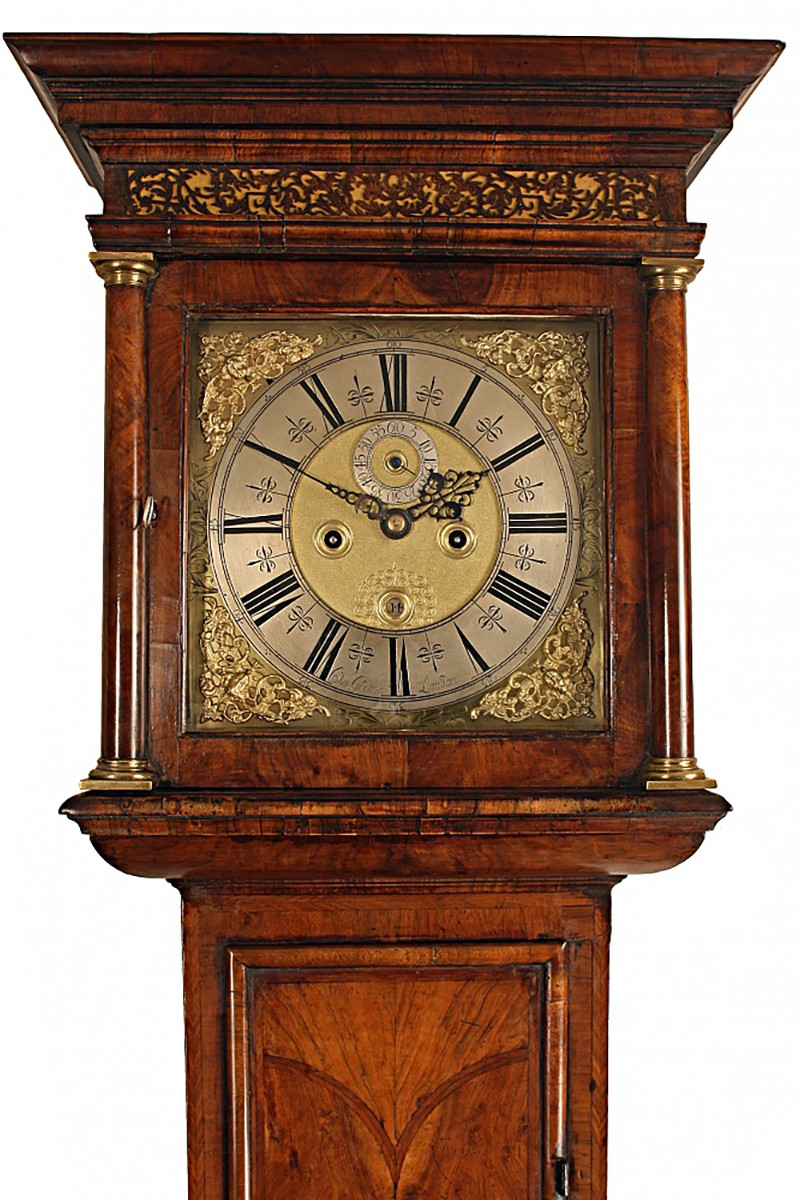