A selection of fine antique carriage clocks. Fully restored and guaranteed for 3 years unless otherwise stated   As the name suggests, carriage clocks were indeed transported in horse drawn carriages or of course train carriages.  The original 19th & 20th century owners would take their trusty carriage clock with them on journeys to allow them to have a timepiece in their bedroom.

The carriage clocks were housed in wooden cases which were leather bound to protect the timepieces during the journey. Many of the carriage clocks struck the hours on a gong and more uncommonly on a bell. A large number of them made in the late 19th century were only timepieces (no striking train). They even had alarms to wake the owner at their chosen abode. There was a of variety case designs to choose from, including Gorge, Canalee, Anglais, Corniche etc etc... to name but a few.

Several well known French makers are very sought after such as Jacot, Drocourt, Soldano, Garnier and Margaine. Carriage clocks were also made in England which feature fusee movements. Makers such as Frodsham, Arnold, Dent & McCabe are just some of the exceptional makers to choose from.

Sort by:
Best sellers Relevance Name, A to Z Name, Z to A Price, low to high Price, high to low
Showing 1-5 of 5 item(s) 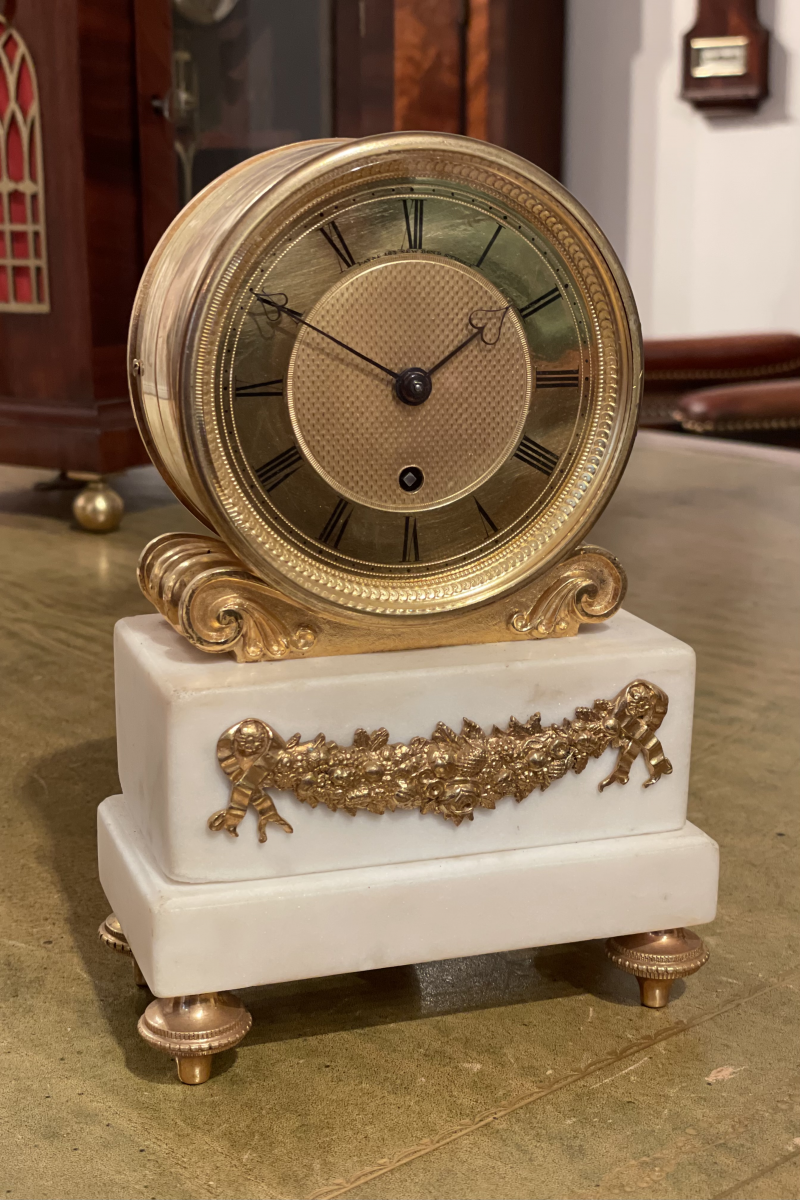 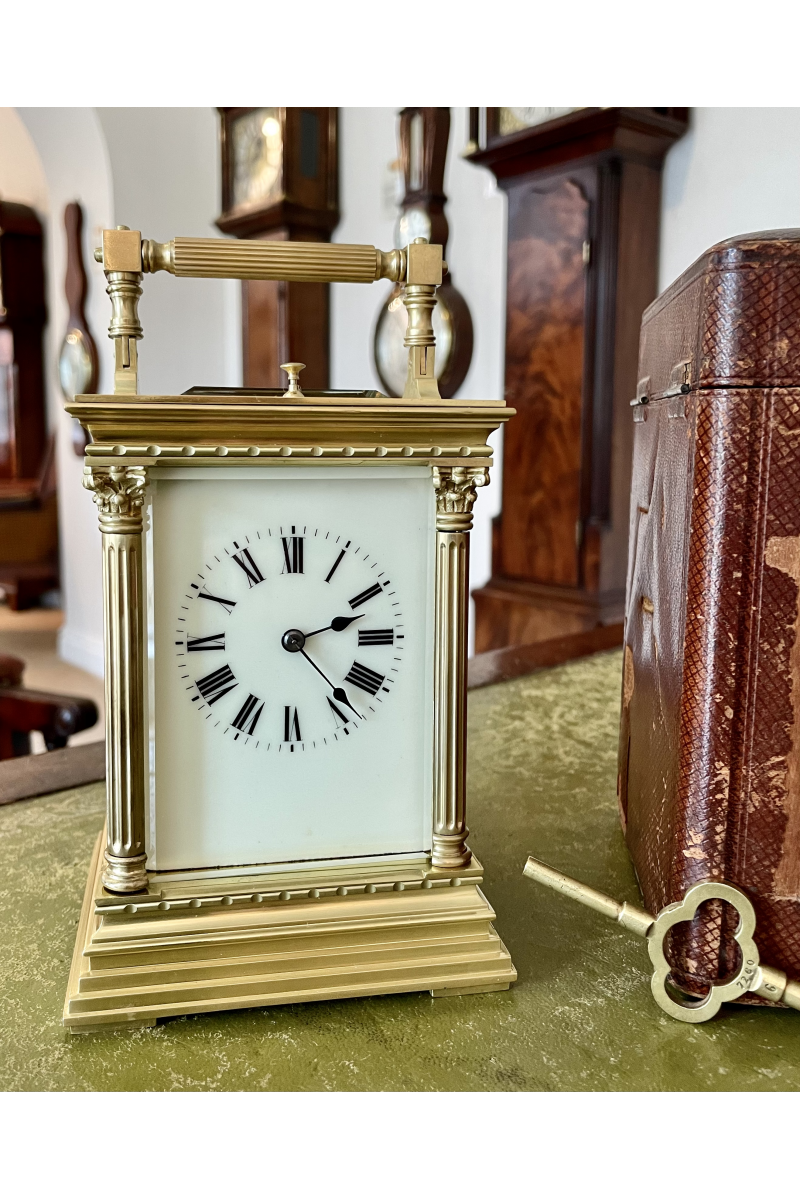 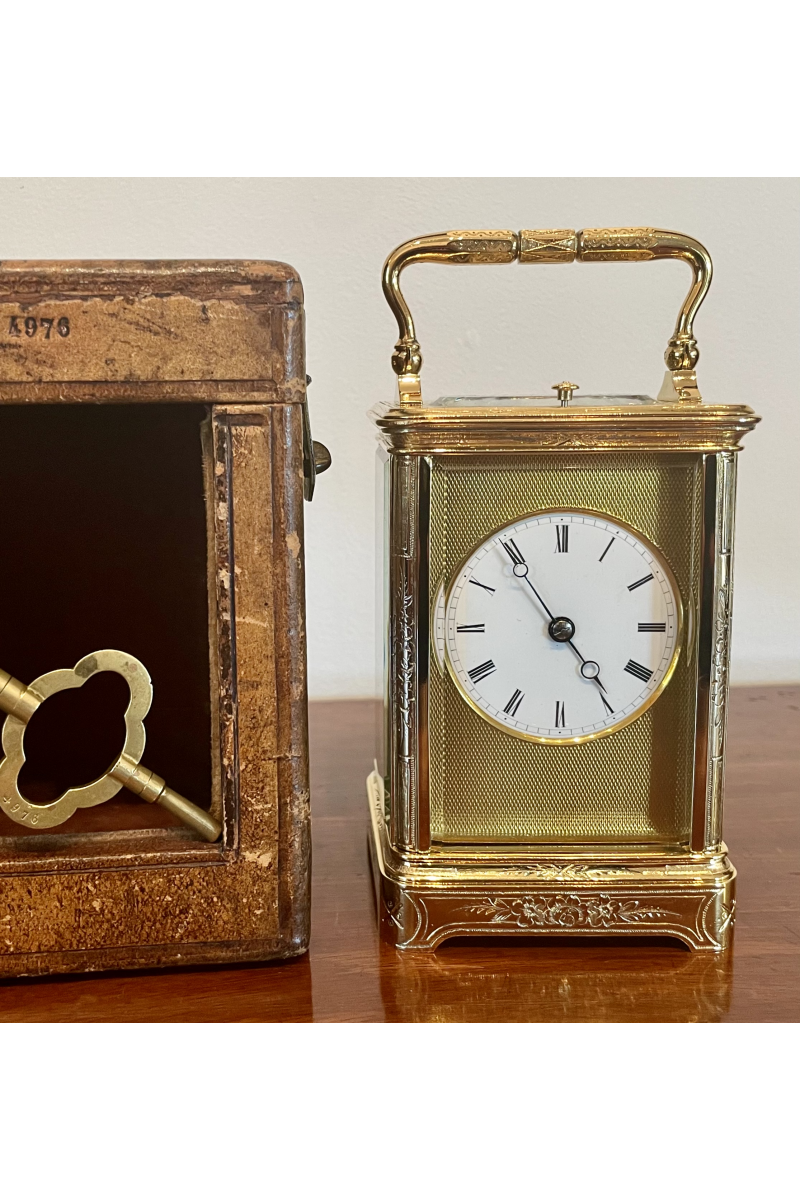 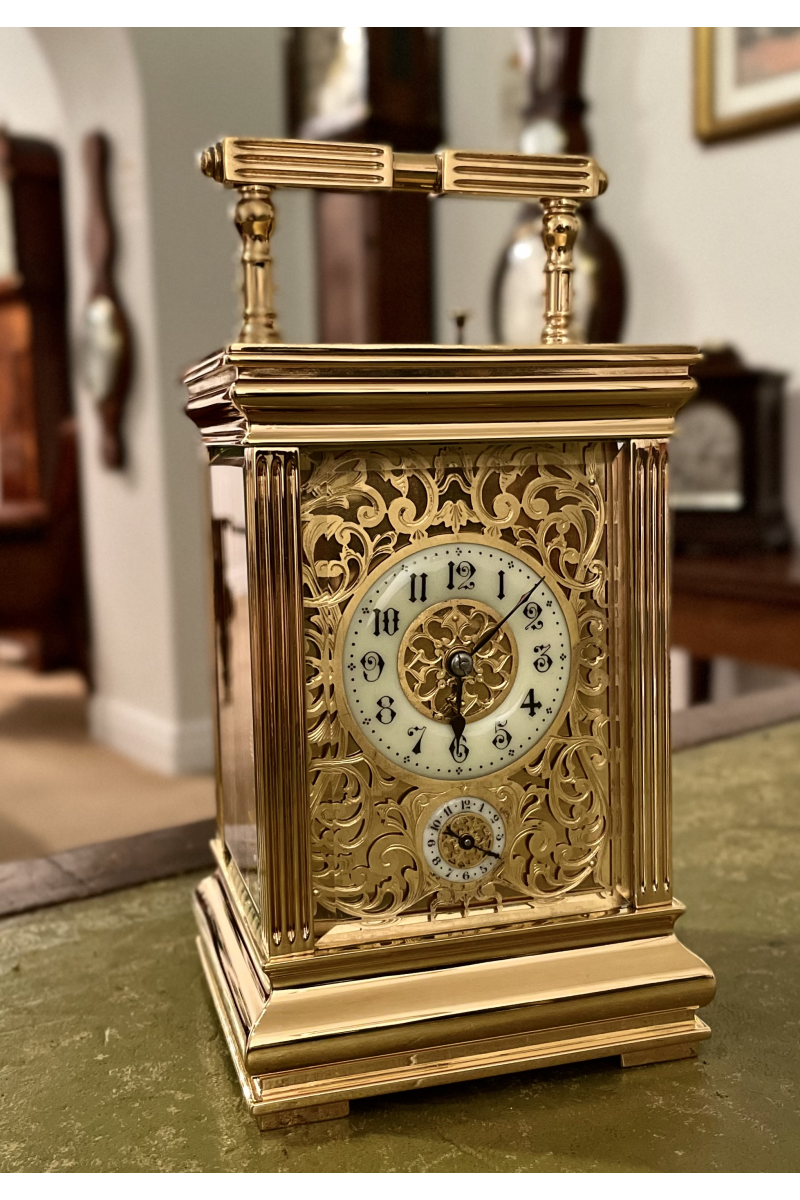 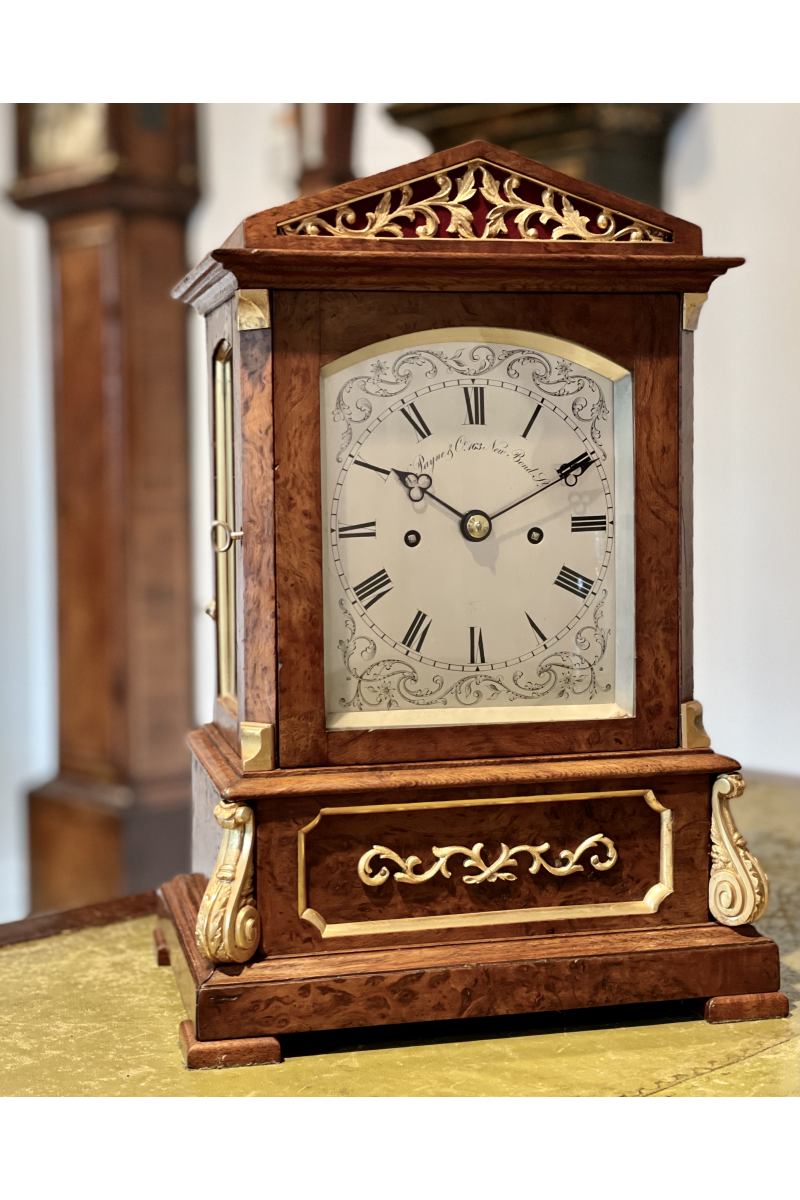