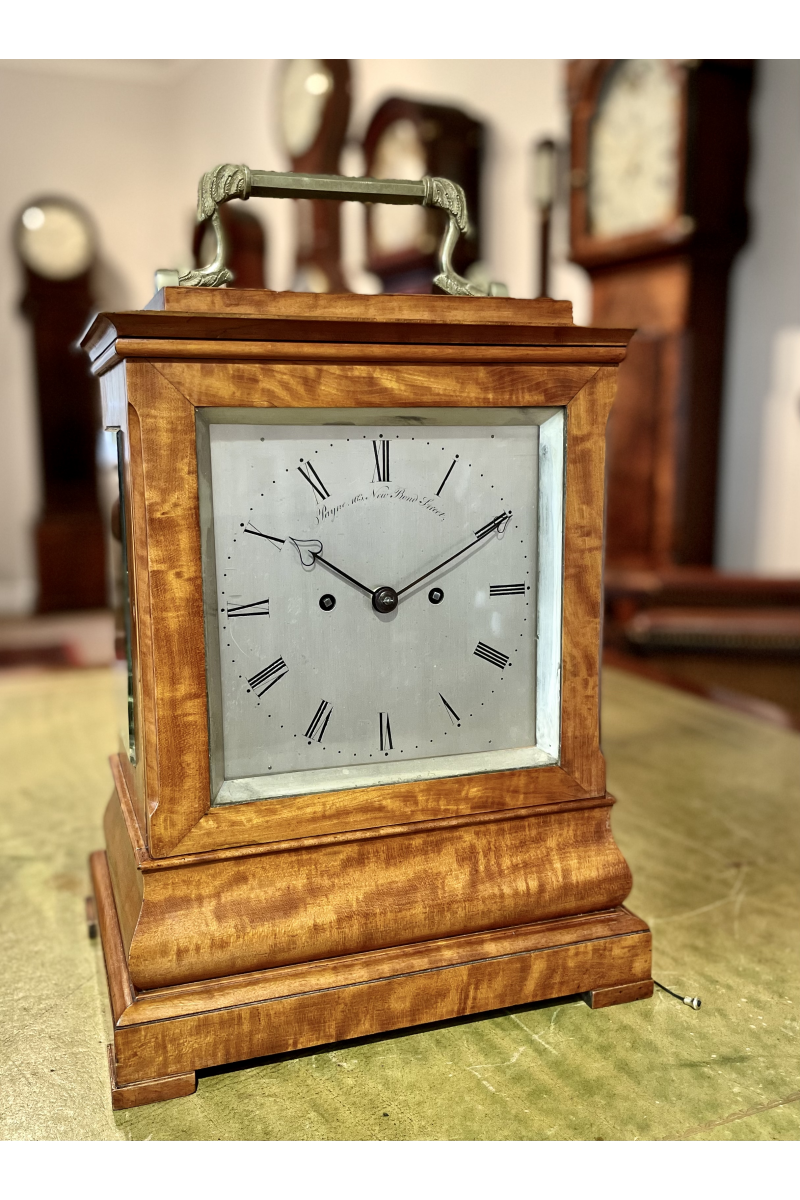 The square silvered brass dial with finely engraved Roman numerals and the makers name and place of work, Payne, 163 New Bond Street, London. Also with a strike/silent facility above the number XII and the most finely executed heart shaped hands.

The substantial fusee movement strikes and also repeats the hours via a large rear mounted gong on demand. The well made anchor escapement can be regulated using an inverted and threaded nut at the top of the pendulum bob.

The very large sized case is extremely unusual. This particular design is sometimes called a Library Clock or Four Glass and hence the cases are very small and very often just timepieces. Not only is this case so large but it’s also veneered in the very rarely used satinwood veneer.

The case features highly desirable satinwood veneer throughout, thick bevelled inspection glasses to all sides including the top of the case. The case sits on four rectangular pads and is finished at the top with one of the most elaborate carrying handles we have ever seen on a clock.

William Payne was an Exhibitor at the Great Exhibition of 1851 in London. We have had several high quality examples of his work over the years. There appears to be some sort of connection between Payne and a famous Clockmaker by the name of Vulliamy as their high degree of quality and style are rather similar.