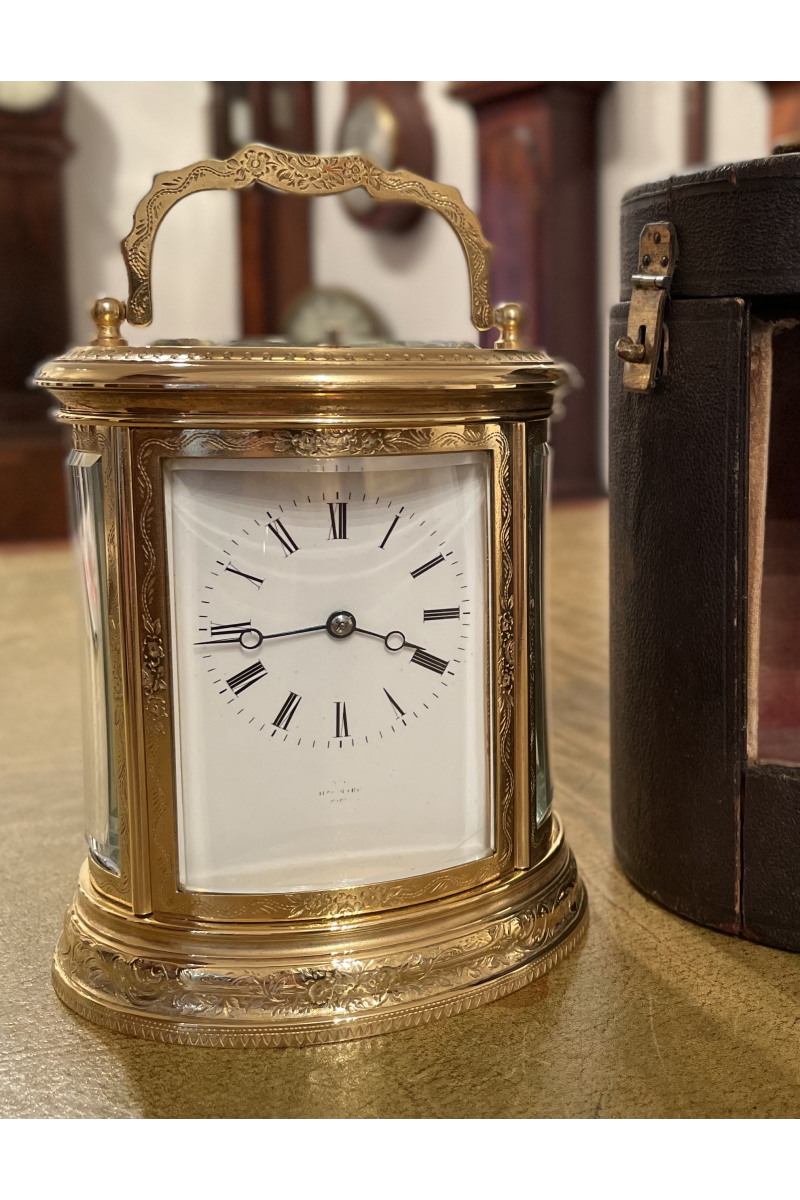 A rare French carriage clock of oval shaped design and a gilded case which is profusely engraved with scrolls and flowers.

The movement is of 8 day duration and the strikes the hours and the half hour on a bell. All of the original bevelled glass panels appear to have survived as has the original lever escapement. The white enamel dial displaying Roman numerals, Breguet style hands and signed by the retailer Henri Marc of Paris.

The movement also features a repeat mechanism to the top of the case to repeat the last hour.  The hands can be adjusted to the rear of the movement. The movement is also wound from the rear.

This clock also retains its original travelling case which is in quite good condition for its age.

Note: There is a stamped 'B' to the rear of the movement which would indicate that the movement was either made by Brunelot or Baveux. Both of which were high quality makers and supplied makers such as Jacot.