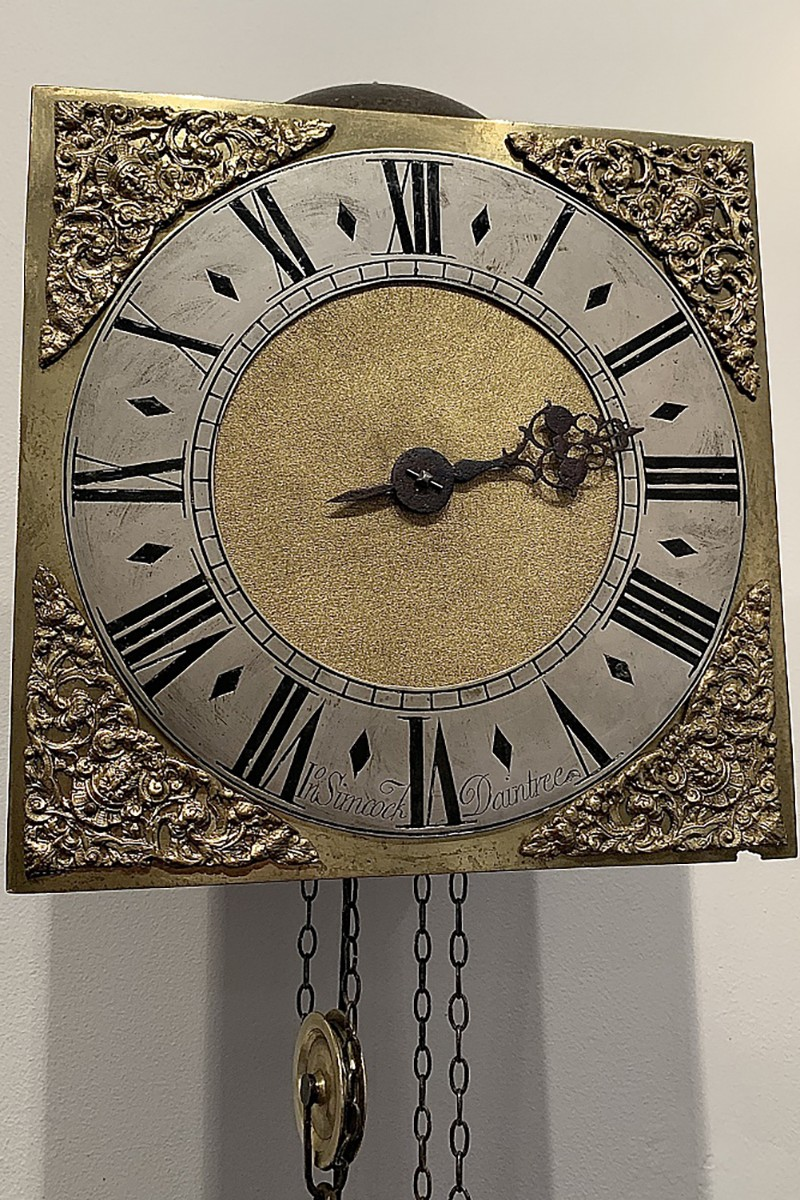 Just back from restoration - a rare early 18th century survivor from the Golden era of English Clockmaking.

Striking the hours on its original large bell the movement is in fine condition for its age with all its original wheel work. The movement is of 30 hour duration and features an anchor escapement and a single hand to the 9.75 inch dial. Also displaying spandrels as used by the famous makers Thomas Tompion and George Graham. Signed by the maker Simcock of Daintree, the old spelling of Daventry in Northamptonshire.

Hook and Spike wall clocks were so called as they consist of a hook and two spikes. The hook hangs on a suitable wall fixing and the two spikes at the base of the movement pierce the wall or wooden beam to stabilise the whole clock. This was almost certainly thought of to stop the clock from moving on the wall each time it was wound. A very good idea when the clock needs to be wound each day.

Note: John Simcock is listed as working in Daintree in the first quarter of the 18th century.  There was also possibly a brother or Father by the name of Henry Simcock working in the same location and at the same period.