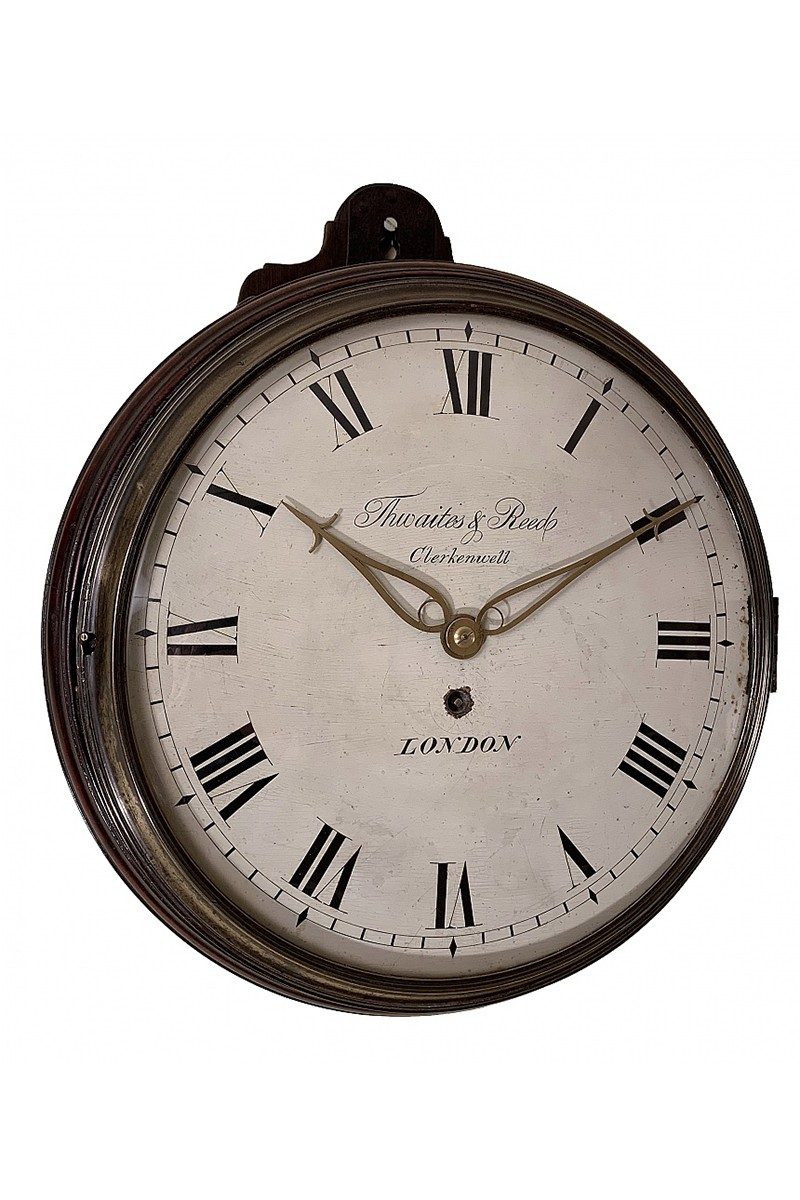 An exceptionally rare wall clock by these famous Clockmakers.

The substantial 8 day duration single fusee movement has A framed plates, an anchor escapement and five large knopped pillars. The movement is stamped to the top and to the front plate with the number 3868.  This dates the clock to 1806. It is also stamped with the name J. Thwaites to the frontplate.  We believe that the clock was made in 1806 with a plain unsigned dial and later signed with the new company name Thwaites & Reed, when they formed in 1816. The 12" diameter flat and rare wooden dial has also retained its original ground. The dial displays Roman numerals, gilt brass hands and is signed by the maker Thwaites & Reed, Clerkenwell, London.

The mahogany and oak case is of the ‘salt box’ style with the hanging plate integrated into the top of the extended rear backboard of the case. The base features mahogany veneer, and an access door for regulation and pendulum hanging.  Also with an access door to the side. The early concave cast brass lockable brass bezel is fitted with a convex glass.

Note:  Early fusee wall clocks with original wooden dials were not only made in very small numbers but due to the instability of the wooden dial they are very often found to be repainted. Subsequently they are now very difficult find in such an original state of preservation. Thwaites & Reed were formed in the 1816 when John Thwaites and George Jeremiah Reed went into partnership.  The Thwaites clockmaking family originated in the early part of the 18th century.  Although the owners have changed over the years, Thwaites & Reed are still in business today.