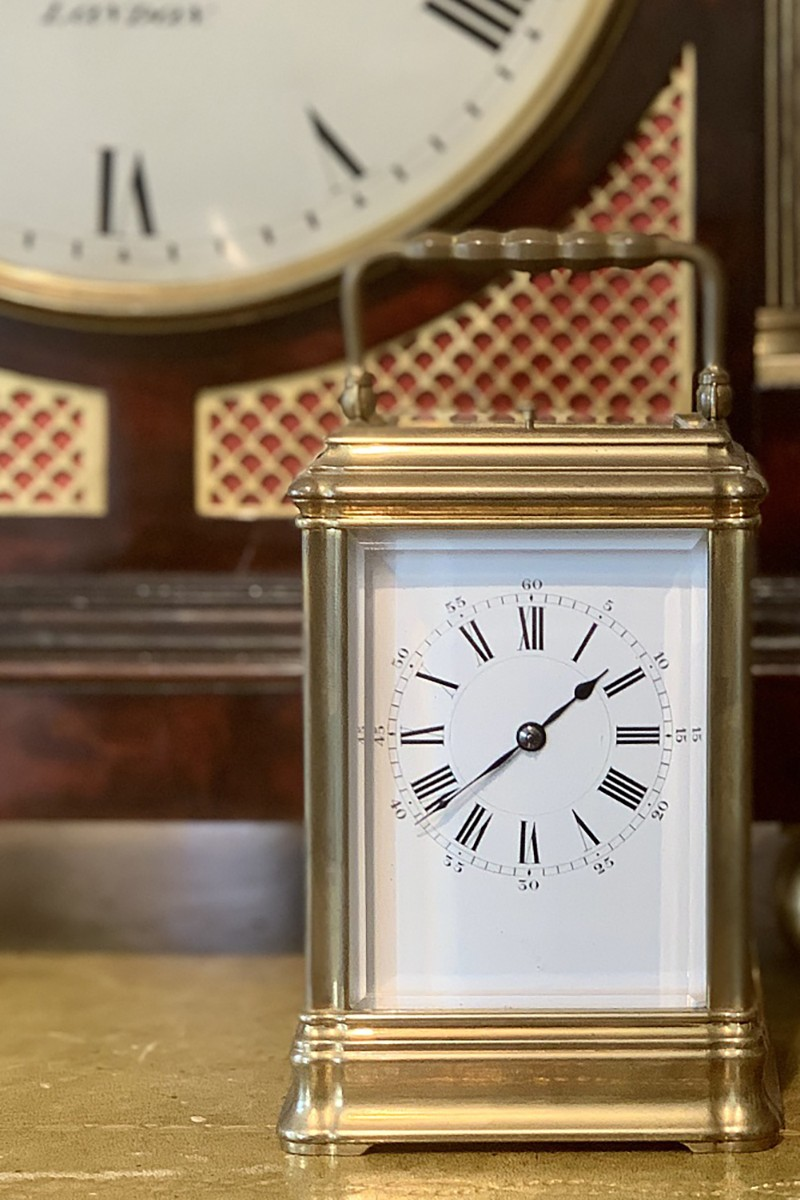 A very original Henri Jacot French carriage clock of 8 day duration and standing at just under 6 inches high in the Gorge case style. Striking the hour and half hour on a gong, repeating at will and with it's original lever escapement. Also retaining what appears to be its original leather travelling case but in quite a tired condition.

After some gentle cleaning virtually all of the original gilding has been retained. Movement fully serviced and guaranteed for 3 years.

The Jacot family of Clockmakers were highly accomplished, successful and prolific Clockmakers working in Paris during the second half of the 19th century.