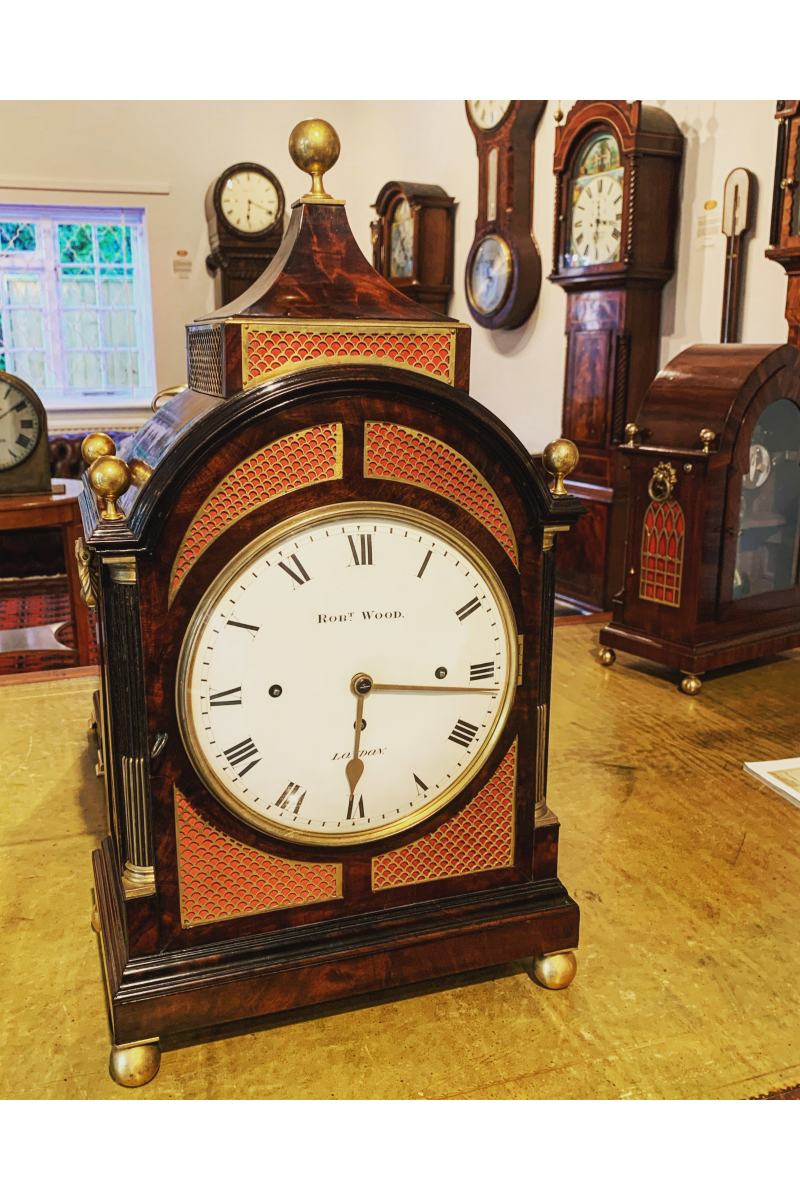 The large 8 day duration triple fusee movement with thick brass plates and an anchor escapement.  The hour is struck on a large bell to the rear of the movement and includes a repeat cord to the base of the clock.  The movement also features a quarter striking mechanism which sounds the quarters on six bells which is mounted to the top of the movement. The backplate is engraved with the makers name and place of work, Robert Wood, Kent Road. The round white convex dial has Roman chapters and high quality brass hands and is again signed by the maker.

The substantial mahogany case with high quality flame veneers throughout and with brass fish scale sound frets to both the front and sides which still retain their original gilding. There are also 4 gilt brass ball finials at each corner and gilt brass carrying handles to the sides. The full pagoda top is also decorated with gilt brass sound frets which is topped with a slightly larger gilt ball finial. Also standing on four brass ball feet.

Note: Robert Wood of Kent Road, London is listed as working during the latter half of the 18th century and on into the 19th century. He appears to have been quite an inventive maker which some unusual clocks recorded.  Table Clocks of this size and quality were rarely made at this period.