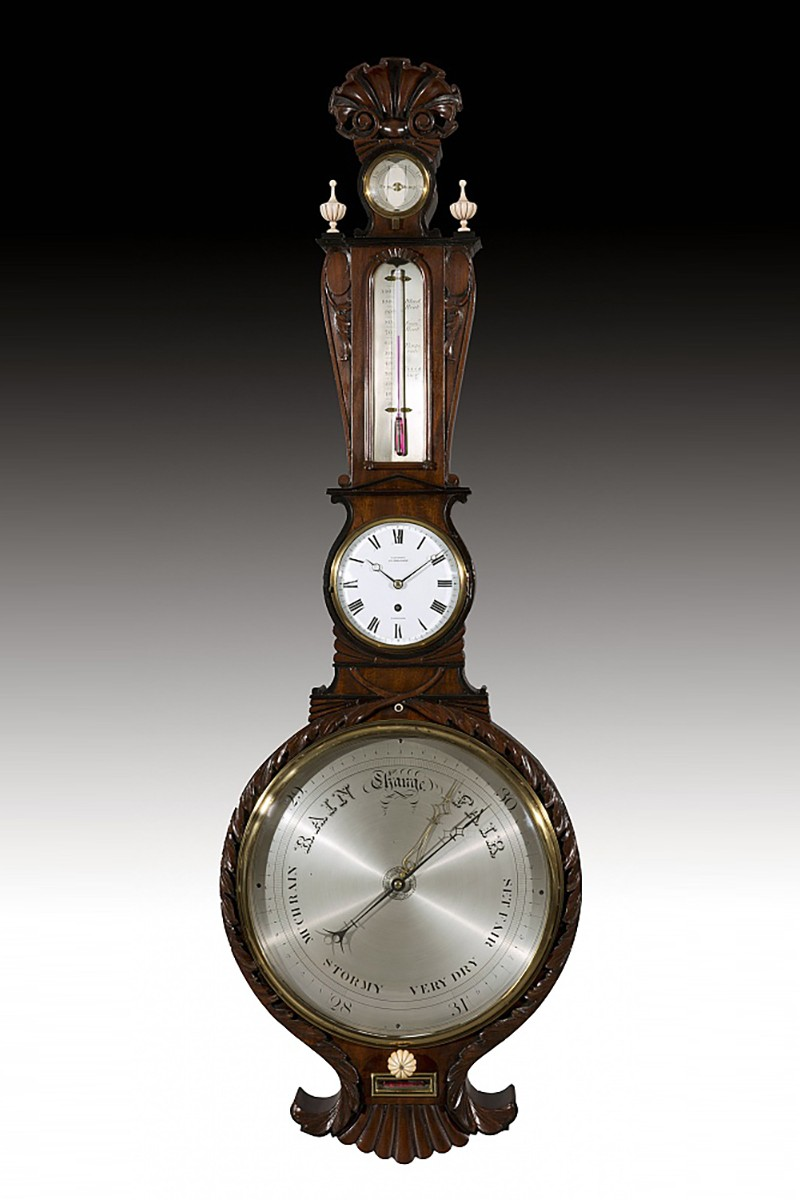 The 12" diameter barometer dial is surrounded by carved acanthus leaves, supporting the ebonised harewood scrolls and architectural pediment of the clock movement. Further carved scrolls border the thermometer box and support the turned finials both of a reeded design of which is reflected in the barometer set key. The hygrometer is encompassed by ebonised harewood and terminates in a deeply carved shell.

The quality of the case and in particular the design and depth of the carved shell often seen on Gillow chairs attributes the case to the London workshops of Gillows.

The rare enamel clock dial is signed Ganthony, 83 Cheapside, London. This maker was working between 1821 to 1845 and was considered an important maker of the day. The single fusee rectangular shaped movement has an inventive mechanism to start the clock from the front of the barometer using the existing set key. A very rare feature. The movement is of 8 day duration with a silk suspension and "Brocot" time keeping pendulum adjustment. Also with a pendulum transportation attachment to the rear of the movement.

A rare opportunity to acquire a high quality instrument of great importance.