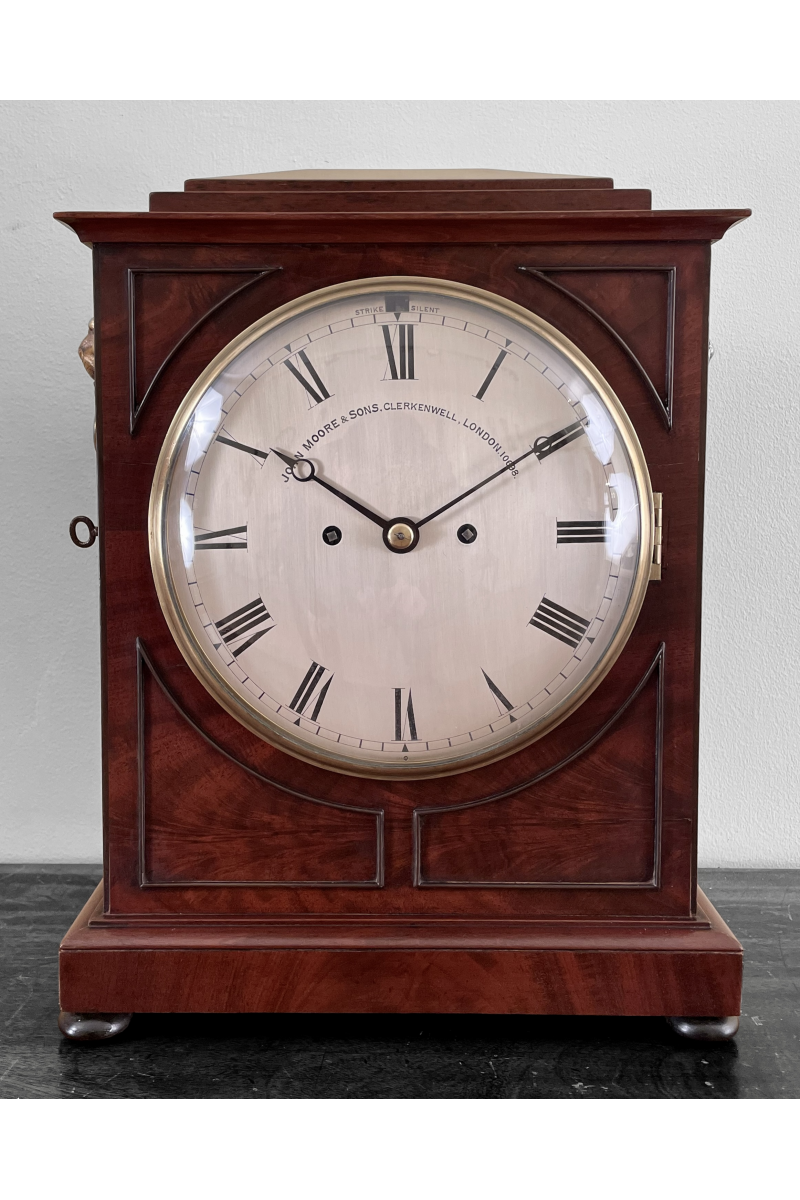 Just arrived - A fine example in typical chamfer top style which was commonly used during the first quarter of the 19th century.

Featuring a double fusee 8 day movement, strike/silent and repeating the hours on demand. The beautifully proportioned case is veneered with the highest quality flame mahogany to the front elevation. Unusually this clock features a silvered brass dial as opposed to the normal white painted dial which was so commonly used during this period. The movement has an engraved backplate border and a transportation feature for the pendulum.

The case also features raised ebony line inlay, brass sound frets and lion head handles to each side of the case and is standing on ebonised bun feet.

Note: John Moore was apprenticed to John Thwaites in Clerkenwell. They were very successful Clockmakers and also specialised in Turret Clocks. They also exhibited at the Great Exhibition in 1851.

Fully restored and guaranteed for 3 years.